This brevet is an evening start at 22:00. My first brevet evening start this year.  So far, the other evening start was last year Shizuoka's Karuizawa 600 km brevet. I wasn't really fond of evening start. I remember last year I was so sleepy and can hardly push early in the morning. I ended up sleeping on the cold body-heat-sucking-concrete at 7-11 on the first control.

I was skeptical on today evening start but later on I realize the big advantage which I begin to admire (provided I can figure out a short sleep) especially when starting from Tokyo, namely:
I arrived just before 21:00 at the registration area and while filling up the form, a tap on shoulder revield a smiling Joe, who arrive a little bit earlier and ready for his first 300 km brevet ride. We showed each other bike and I was impressed with his electronics and creative attachments. After sampling his homemade energy bar (which was delicious), we moved to the official starting point to a parking area a few blocks away. On the briefing, I was impressed that the organizer joined the Saitama Tohoku 1700 brevet over the golden week. It was unfortunate that he had an accident and DNF but he seems to be OK and recovered. Final check on the bike and we were off.

We were taking it easy from the start and peloton was dynamic as riders joined or move on. Lots of traffic light stops also created and/or broke group. There was a time that I started talking english behind and when there was no answer and I looked back, it wasn't Joe. I figured he will catch up and we saw together again at the Enoshima control for the initial pit stop.

Route 134 along Sagami Bay is flat, wide and fast. There was a fast rider I was following and I initiated a rotation. We were rolling around 30-35kph and was joined by two other fast riders and rotating. Probably rolling too fast and my HR is beating uncomfortably fast too early in this event. When I look back, Joe got dropped. I finally got dropped also when R134 merge with R1 and joined another fast group or rather a team, as they have the same jersey, until PC2.

The stop break at PC2 lowered my HR and after a while find myself cycling alone early in the morning. With no fast group to follow and my body clock conditioned to be sleeping around this time, drowsiness started to kick-in. The desire to sleep is too strong that I gave in. Luckily, I found a sheltered bus stop at Oyama, just before the climb to Gotemba. As I prepare to sleep, I saw Joe passing by and yelled at him that I be sleeping for an hour and off he goes. It was pretty cold but manage to sleep around 30-35 minutes. This was good enough to start my day and trick my mind that I had sleep. I felt strong again and quickly move on. Riding at wee hours in the morning, with only the sound of your pedal stroke and chain, is so peaceful. There is enough moon light to see the silhouette of farms and houses. Dawn cleared way for fast descent from Gotemba to Numazu with very very few cars. As I reach the coastal town of Numazu before the road turns right to Tokaido Road, I saw a few cyclist stop by a Gyudon place, which I promptly followed. We were told that orders will take some time because they just started the preparation. Few decided to wait and few left. I was with the folks who cannot wait. I just opened my bag for a homemade sandwich and energy bar for breakfast on the saddle. The road to Fuji City was totally free of cars early Sunday morning and quickly arrived at PC3. Along the way, I met again Joe in front a convenient store having breakfast overlooking Mt. Fuji. This will be the last time I see him in this course.

The start of a long climb begins immediately from PC3. The first 10-15 kilometers were beautiful rice paddies, with mighty Mt. Fuji in the background, followed by grasslands and forest. As I was slogging, I met Maki and we climbed together for a while. She is a strong brevet rider that I recognized in past brevet events over the years but never manage to meet or speak. She is a super athlete, who started triathlon 18 years ago and now also in ultra and trail running. She can converse in full sentences while I can barely utter a full sentence while climbing. Those conversation made me forgot the suffering on the climb. She was stopping by Narusawa to support the trail runners and still plan to finish on time.  BTW, she rides a beautiful white Cherubim bike. Waved goodbye and did a solo long descent to Tsuru to PC4.

This is the first time I did the reverse route of K35 from Tsuru. It is easier compared coming from the other direction. This is a familiar territory and I always like this quiet hilly route. As we merge to R20 in Uenohar, a fellow brevet cyclist who was following me commented that I descent fast. I smiled and told him I have a heavy bike and it just drops like stone. The last hill is Odarumi and I was competing with other roadies to race up this hill. My legs still felt fresh and manage to attack near the top. The last reward was a long downhill to Takao and was having fun that I forgot to take the left route but instead went straight to the new tunnel. My first time to pass thru the newly finished tunnel and it was a nice long ride inside. Wide enough not to be bothered with cars. Finally reach the goal around 14:36 after the passing thru crowded Machida Kaido.

Official time is 16 hours 36 minutes. I heard the fastest finisher is around 13 hours 30+ minutes. 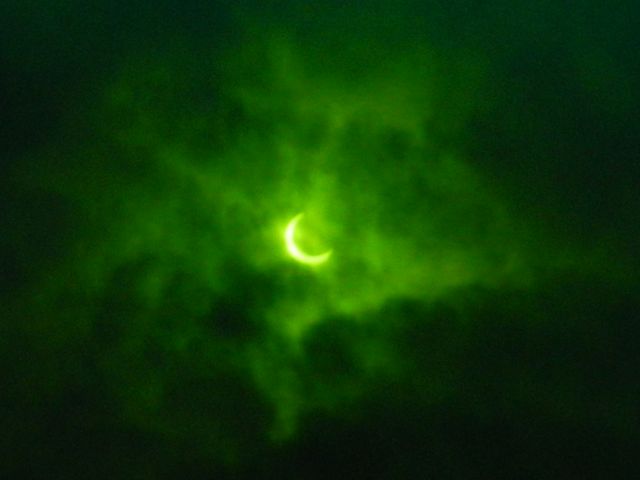